How does rice husk charcoal is made?--choose charcoal making machine! 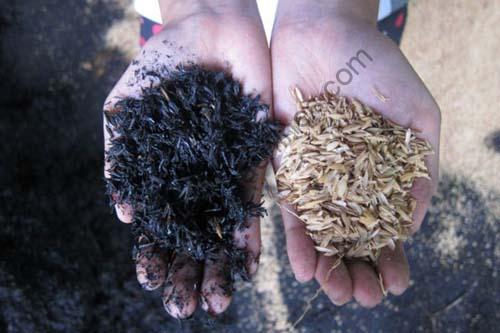 As we know, rice husk can be processed and used as animal feed, such as cattle, sheep, horse and pig. However, there are still a lot of rice husks cannot be recycled every year in many countries, especially for the regions where agriculture is developed. So we can choose charcoal making method to reuse these biomass materials and turn them into treasures.

Why turn the rice husk into charcoal by the charcoal making machine?

To turn the rice husk into charcoal, there are mainly two kinds of carbonization process can be chosen.

If you want to make rice husk charcoal briquettes, you can choose this carbonization craft. Before briquetting, the rice husk also should be dried with the moisture content less than 12% which can ensure the briquettes with good quality. Then we use the sawdust briquette machine to make rice husk briquettes with a certain shape which can be selected according to the customers’ requirements. After briquetting, we can choose the carbonization machine(self-ignition type or airflow hoisting type) for further carbonizing.